When the Metropolitan Nashville Police Department built a crime lab in 2014, top brass vowed to pay competitive salaries. The bottom-rung salary for its entry-level forensic biologists is roughly 15% higher than what the Tennessee Bureau of Investigation pays.

That’s helped MNPD as TBI scrambles to find millions of dollars to boost salaries and plug staffing shortages believed to have played a role in a long rape kit backlog that contributed to the murder of Memphis jogger Eliza Fletcher.

“A DNA lab is a gift for criminal investigations for a community that can afford it,’’ said former MNPD chief Ronal Serpas, who helped create Nashville’s pioneering crime lab and urged the city to pay its scientists competitive wages. “But it’s an expensive gift.”

As Tennessee’s only fully certified lab outside of TBI’s overwhelmed three-lab network that serves hundreds of Tennessee law enforcement agencies, the MNPD lab employs 61 people and costs Nashville taxpayers $8 million a year including salaries and benefits.

Some think Memphis can do the same.

“I think it’s worth it,” said former County Commissioner and Memphis mayoral candidate Van Turner, who favors exploring construction of a city-owned lab similar to the 47,000-square-foot facility Nashville built eight years ago for an estimated $30 million.

“We see Nashville taking the lead on many quality-of-life issues. And I think it would be well worth it for us to start looking at how they’ve handled some issues and maybe implement those ourselves.’’

Cost will be an overarching consideration as Memphis leaders look for answers following the TBI crime lab delays that contributed to the murder of Fletcher, 34, who was abducted Sept. 2, allegedly by a man who might have been in jail if a rape kit had been tested sooner in another case.

Police had investigated Fletcher’s accused assailant, Cleotha Henderson, aka Abston, for the rape of another woman a year earlier but he remained free while investigators waited for DNA test results from a rape kit that sat for months on a shelf 85 miles away in the TBI’s West Tennessee crime lab in Jackson. The lab, which serves 21 counties, had been in Memphis for years, but TBI re-located it last year to Jackson.

Some leaders, like Shelby County District Attorney Steve Mulroy, believe the best path around TBI’s backed-up labs may be for the agency to re-establish a crime lab in Memphis. But Mulroy isn’t entirely convinced. He said TBI officials have told him the agency’s current staffing ramp-up could reduce the turnaround time for rape kit testing from the current average of about 11 months down to two or three months.

“If they’re able to get the turnaround time to something like that without a separate new facility, then I’m open to that as well,’’ he said.

Still others point to Texas, where the city of Houston opened a crime lab independent of police control. City leaders created the Houston Forensic Science Center in 2012 following a series of wrongful convictions linked to poor DNA practices in the now-defunct Houston Police Department lab.

Established as a government corporation with a nine-member board of directors to promote “community oversight,’’ the 212-employee lab serves as more than just a check and balance against police bias, former board member Sandra Guerra Thompson said.

“It’s just amazing: You put scientists in charge and you get some good science,’’ she said. “But you have to have that oversight. You have to have the mission of we serve the whole community.”

TBI Director David Rausch laid it on the line earlier this month in state budget hearings in Nashville:

His agency needs $45.3 million in new money. That includes $27.6 million for competitive salaries — “salary modernization,’’ he called it — to help recruit and retain forensic scientists, technicians, intelligence analysts and others.

Short of that, TBI will continue to see the private sector and other public agencies intercept talent, Rauch said.

“We’re being cherry-picked pretty heavily,’’ he told Gov. Bill Lee. “It’s become more and more of a challenge for us.’’

Long before Rausch’s request, others were warning about low pay and staffing shortages.

A timeline of the history of DNA testing laboratories in Tennessee

“The reality is that the (current TBI) funding is for the low end of the salary range,’’ state Rep. G.A. Hardaway (D-Memphis) told a reporter earlier this fall. “And that won’t get you what you need.”

By comparison, the bottom-rung pay for entry-level forensic scientists in the Nashville Metro Police Department is $52,000.

A full comparison of crime lab salaries wasn’t available. However, pay scales show the top salary for a forensic scientist at MNPD is 8% higher than at TBI — $82,694 a year compared to $76,788.

A 15-year veteran of the legislature, Hardaway said low pay has been a running concern at TBI.

“You had a lot of folks who started interviewing, started the process with TBI because they thought there was a salary range, and they would be able to negotiate towards the upper end because they had the academic qualifications,” he said.

Forensic science, Hardaway notes, can send someone to prison for life or even to death row.

“You can’t scrimp on that reality,” he said.

“Given this data, we considered requesting 40 positions (in the last legislative session) to be conservative and in consideration of the state’s limited financial resources,” Keli McAlister, TBI public information officer, said in an emailed statement in September.

But even meeting that conservative goal has been a slow and arduous process.

The General Assembly approved 20 of those positions, McAlister said. It was anticipated all those workers would start by Oct. 31 to begin 18 months of training. But six now are set to start Nov. 28. Two of the 20 positions remain unfilled, McAlister said.

Operating a city lab is challenging

As slowly as TBI’s staffing reform is moving, some believe Memphis should build its own lab.

Serpas, who was chief of police in Nashville from 2004 to 2010 and is now a professor of criminology and justice at Loyola University in New Orleans, said if he were leading a police agency today, he’d insist on it having its own crime lab or, in the worst-case scenario, a contract with the state crime lab for forensic scientists dedicated solely to the department’s work.

“You don’t want to be standing in line or expediting something and then having paperwork lost or something so that the case didn’t get expedited,” he said.

The MNPD lab is a full-service lab providing ballistics, toxicology and tool mark analysis along with DNA testing. It’s not immune to staffing shortages.

Among a staff of 12 in its DNA division, two posts are vacant. When the division gets backed up, (it had 460 rape kits in various stages of processing in October), it sends work to private labs.

The Nashville crime lab offsets costs through a range of federal grants, including DNA Capacity Enhancement for Backlog Reduction funding, an amount that totaled $231,000 during the 2020-2022 funding cycle, and a $250,000 Coverdell Forensic Science Improvement Grant awarded last year to improve drug testing.

Because DNA has come to be accepted as an undisputed truth about guilt or innocence, the skill of the department and lab’s staff come to bear in new ways, Serpas said, including how well paperwork and other details are managed.

“At the end of the day, if you leave your DNA in a place where corroborating evidence shows it shouldn’t have been, that’s what they have to attack. They have to attack the chain of custody and control and the testing itself.”

For evidence of just how wrong things can go, one needs to study the now-defunct Houston Police Department crime lab. Systemic failures led to the exonerations of several individuals in the early 2000s including George Rodriguez, who was wrongfully convicted of the kidnapping and sexual assault of 14-year-old girl after prosecutors relied on faulty serology work performed at the lab.

An independent investigator’s final report in 2007 found the lab suffered from lack of support and resources, ineffective management and a lack of quality control that had created “profound doubts about the integrity of important aspects of the criminal justice system.’’

The city responded by creating the Houston Forensic Science Center controlled by an independent corporate board appointed by the mayor and confirmed by city council.

“They’re not just serving law enforcement,’’ said former board member Thompson, a law professor at the University of Houston and author of the 2015 book, “Cops in Lab Coats: Curbing Wrongful Convictions Through Independent Forensic Laboratories.’’

Another benefit involves reduced costs achieved through the study of efficiency of processes, she said.

Time-saving efficiencies were achieved through methods like moving supplies in close proximity to lab workers and cross-training forensic biologists in the multiple steps of DNA testing to avoid bottlenecks when workers are sick or are off on maternity leave.

“They completed these projects across the entire lab to work in teams to figure out what are the things that are slowing us down? How can we do this better and faster?’’ Thompson said. “In addition to being super-high quality, they also made their processes very efficient.’’

Serpas, too, talks of the complications in the efficient management of a crime lab.

For example, all MNPD scientists are expected to testify in court.

Figuring out the number who will be in court on any day and away from the lab is a matter of staffing properly, Serpas said.

“People who are smart enough to do DNA are really super smart people in a lot of ways,” he said, and can figure out the staffing complement to simultaneously cover the court load and workload.

“You just build enough capacity so that they can do both.” 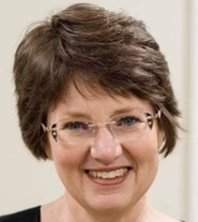 Jane Roberts covers business and features for The Daily Memphian. She’s lived and reported in Memphis for more than two decades.