Longtime Memphis Light, Gas & Water commissioners Steven Wishnia and Carlee McCullough are leaving the utility’s five-member board amid a sudden round of political house cleaning by Mayor Jim Strickland.

Wishnia and McCullough’s departure comes as the MLGW board faces a historic decision on whether to sever its decades-long relationship with the Tennessee Valley Authority as Memphis’ exclusive supplier of electricity.

The move follows an  opens in a new windowinvestigation by the Institute for Public Service Reporting that found that all five members of the MLGW board are continuing to serve long after their three-year terms had expired. Under the City Charter, the mayor nominates and the City Council confirms MLGW commissioners.

Though the charter specifies that MLGW commissioners are to serve for three years, a loophole allows them to continue legally serving until a replacement is appointed.

Good government advocates contend that failing to appoint or replace commissioners within their three-year terms denies the public a voice in the governance of city-owned MLGW. Without a nominee to confirm there is no hearing before council where citizens and elected council members can voice support or opposition.

Strickland had not responded Friday morning to a request for comment on his appointments and reappointments.

Strickland would not agree to an interview last month when asked about the expired board terms. His office said then in a single-sentence statement in response to the Institute’s report, “The mayor decided to wait until the RFP bid submission portion of the process was closed before appointing or reappointing members to the MLGW board in order to maintain consistency on this first part of the RFP process.”

The RFP or request for proposals process refers to bids that MLGW solicited from power suppliers that might replace TVA. That process arguably started in September 2020 when the MLGW board hired GDS Associates of Marietta, Georgia, to oversee bidding. By then, the terms of four MLGW commissioners had been expired between 10 and 14 months.

“The mayor has the ability under the charter to basically have holdover appointments until he makes his next appointments. But in a process like this, I believe it would have been better to go ahead and make those appointments, two years ago or a year ago, versus holding out and just saying, ‘I made a unilateral decision,’’’ said Carlisle, vice chair of the council’s MLGW committee.

Responding to a reporter’s request for an interview Wishnia, 74, said simply in an email, “No comment, ask the Mayor.”

McCullough, 53, could not be immediately reached despite phone and electronic messages left for her.

The council will review the appointments and reappointments in committee sessions Tuesday. The council’s practice is to vote on such appointments at the next council session, which in this case would be April 5.

Pesce, one of two new nominees Strickland wants to appoint to the MLGW board, is owner of Cheryl Pesce: The Lifestyle Store. She was chief financial officer of Mid-South Heart Center P.C. in Jackson, Tennessee, in the 1990s as well as owner and operator of Sheryl’s Shuttle, a service at Memphis International Airport that transported passengers between Memphis and Nashville.

Person is CEO and founder of a consulting firm, Customized Solutions, a commercial development partnership consulting firm with a client list that includes Konica Minolta, NovaTech and Accela. He’d worked previously with FedEx Corp. and UPS. He is currently president of the board of Memphis Brooks Museum of Art and a past chairman of the Downtown Memphis Commission.

Councilman Carlisle said he wants to ensure that neither candidates has prejudices about TVA or any competing power suppliers.

“That’s critically important for me that whoever is coming on that board has zero bias about our energy provider or our power supply portfolio, and they’re going to come with an open mind and ready to go to work,’’ Carlisle said.

First appointed to the MLGW board in 2008 by then-Mayor Willie Herenton, Wishnia most recently was appointed by Strickland on Dec. 13, 2016, more than five years ago. That term expired on Nov. 1, 2019 — more than two years ago.

McCullough was first appointed by Mayor AC Wharton in 2014 and was most recently appointed by Strickland on Oct. 25, 2016. That term expired on Oct. 30, 2019, according to records released by MLGW.

The pair’s departure from the board follows a series of stories by The Institute exploring a lack of transparency at MLGW amid the ongoing evaluation of its power contract with TVA.

Among findings, The Institute found that MLGW had  opens in a new windowfailed to honor a pledge in its 2007 ethics policy to post financial disclosure statements on the Internet. MLGW also requires  opens in a new windowfewer financial details than what the state requires from elected officials despite a provision in the utility’s ethics policy that says forms filed by its board members and top executives should be patterned after those produced by the Tennessee Ethics Commission.

It’s unclear if that review had anything to do with the departure of Wishnia or McCullough, though both have been featured in the reports.

A successful investment adviser who oversees $2.5 billion in assets as CEO of Highland Capital Management, Wishnia and his board colleagues  opens in a new windowhave not been required to provide a listing of personal investment holdings greater than $10,000 as elected officials are required to do in reports filed with the state ethics commission.

Meantime, critics have questioned McCullough’s  opens in a new windowconnections to Mark Yates, a longtime Memphis businessman and political operative whose wife runs a popular Memphis restaurant with the MLGW board member. TVA hired Yates last year to fill a newly created Memphis-based vice presidency to help improve relations here. The move came months after the MLGW board voted to hire a Georgia firm to oversee bidding from power suppliers that might replace TVA. Loss of the Memphis contract could cost the federal power supplier $1 billion a year in revenue.

Up for reappointment to the MLGW board are:

“He’s taking the kind of action that he should have taken before,’’ said Williams, chairman of Common Cause Tennessee, a nonprofit organization that promotes ethics and transparency in government. “Now you can have a public hearing and people can comment if they want to. That’s a good thing.’’

The Institute for Public Service Reporting is a nonprofit news organization on the campus of the University of Memphis that accepts financial donations from individuals and organizations with the explicit understanding in our  opens in a new windowTransparency & Editorial Independence policy stated on our website that our news judgments “are made independently’’ and that we do not “give supporters the rights to assign, review or edit content.” A material subject of this story, MLGW board member Steven Wishnia, donated $1,000 to The Institute in December. 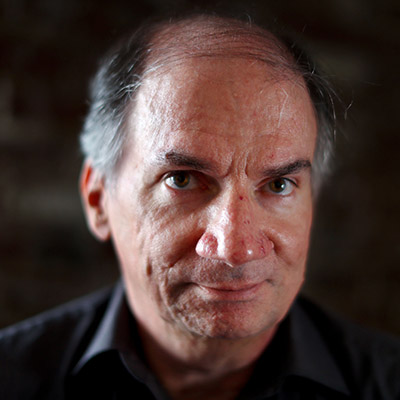 Bill Dries covers city and county government and politics for the Daily Memphian. He is a native Memphian and has been a reporter for more than 40 years.