For 15 years the two names on the federal building in downtown Memphis represented opposing beliefs on basic rights for Black Americans.

A crowd of judges, lawyers, law enforcement, and family gathered outside the iconic, 11-story courthouse and office tower overlooking the Mississippi River to honor Horton and unveil a gleaming new sign:

“Odell Horton stood tall,” U.S. Rep. Steve Cohen, D-Memphis, told the gathering. “He had a life worth remembering and worth being emulated… It’s a long time coming.”

President Biden signed a bill in December that Cohen had introduced early last year and ushered through Congress to remove Davis’ name and re-designate the building solely in Horton’s honor. The bill followed an  opens in a new windowinvestigation by the Institute for Public Service Reporting in 2020 exploring Davis’ long-overlooked involvement with the white supremacist group in the early- to mid- 1900s.

It was Cohen’s second crack at renaming the building. As a freshman congressman in 2007, he successfully introduced a bill adding Horton’s name to the then-Clifford Davis Federal Building. Cohen had hoped to remove Davis’ name altogether then but determined that political support was lacking. So the two names remained.

But the political climate has changed, Cohen said — even Davis’ survivors now support removing his name.

“It’s the end of a past that needed to pass and the beginning of a future whose future is now,’’ Cohen said.

But Monday’s celebration was focused not so much on forgetting a painful past as remembering the wisdom and legacy of Judge Horton, who died of respiratory failure in 2006 at age 76.

In addition to his trailblazing judgeship, Horton was Memphis’ only Black division director in 1968 when Memphis Mayor Henry Loeb appointed him to lead the city’s hospitals. Horton also served as president of LeMoyne-Owen College from 1970 to 1974.

But to Odell Horton Jr., he was simply a dad who lived by a simple Bible verse: “What does the Lord require of you? To act justly and to love mercy and to walk humbly with your God.”

“He was a kind man and he understood the rigors of life,” Horton Jr. said. “He knew it was difficult to pull yourself up by your bootstraps when you had no boots.”

Ed Stanton, a former U.S. Attorney for the Western District of Tennessee from 2010 to 2017 and the first Black man appointed to the position, said that throughout his own career, he has sought to imitate Horton’s dedication to his family and his commitment to hiring more Black lawyers and clerks to more accurately represent the community they serve.

Like Horton, Stanton said he also sought to balance being a “zealous advocate” for justice while building camaraderie with those with opposing views.

“I am a beneficiary of Horton,” Stanton said after the renaming ceremony. “Those doors wouldn’t have opened for me without people like him.”

Cohen renewed his efforts to honor Horton after Davis’ great-grandson, Owen Hooks Davis, told The Institute in late 2020 that the family supported removing his name from the federal building: “We are proud of Cliff Davis’ many contributions to Memphis, but his membership in the Klan and support for Jim Crow cannot be excused.’’

Davis’ long tenure in public life was marked by repeated acts of abuse and oppression.

In the 1920s, he oversaw the Memphis Police Department during a particularly violent period of police brutality against Black people and labor organizers. He was accused of recruiting Ku Klux Klan members to the police department and had been selected to advise the white supremacist group’s newspaper that never launched.

He later served 12 terms in Congress, where he signed the infamous Southern Manifesto denouncing the Supreme Court’s ruling that school segregation was unconstitutional.

The federal building in downtown Memphis was named after Davis soon after his death in 1970 — just six years after he had voted against the Civil Rights Act of 1964.

And even though Monday’s renaming honors a different kind of legacy, representation of namesakes on federal buildings is still lacking, said Nina Albert, commissioner of the federal Public Buildings Service.

“Courthouses in particular have special meaning to communities because they represent democracy in action and where America’s rights to life, liberty, the pursuit of happiness are to be protected,” she said.

Horton’s grandson, Odell Horton III, was 9 years old when his grandfather died. He remembered Horton would take him to the mall and rarely let him watch TV, but he also remembers that he was a good man.

Now as a 26-year-old, Horton III appreciates the legacy his grandfather left as he also seeks to positively impact the people around him.

“He taught me to be a better person,” Horton III said. “As long as there are people who he inspired, his legacy will live on.” 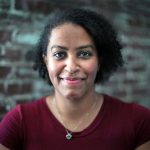 Four years ago, it seemed like a long-awaited step in the right direction: state lawmakers created the Tennessee Civil Rights Crimes, Information, Reconciliation and... 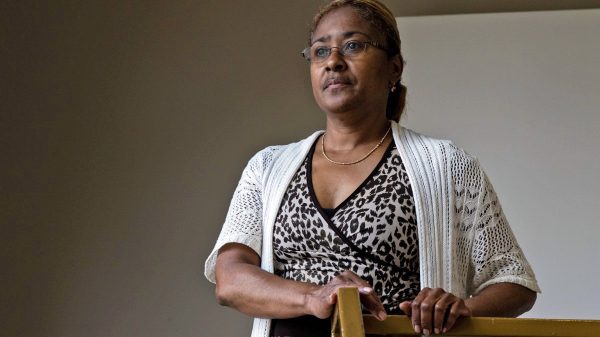 With no staff and no funding, the Tennessee Civil Rights Crimes, Information, Reconciliation, and Research Center makes little progress 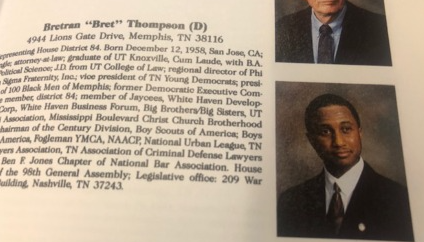 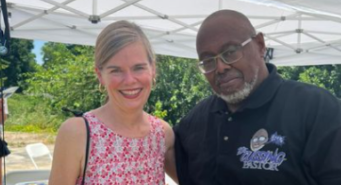