For Kostyantyn Domaratskyy, soccer was life. He’s played it since he was a kid. It helped him get to the United States, where he’s working on his English and earning a degree in Business Administration at Christian Brothers University.

Then Russia invaded his homeland on Feb. 24.

“The first time I heard this, I was like three days inside my head,” he says. “I was around people, but I didn’t hear them because I was inside my head. My thoughts were with my country, with my family, because you are never ready for this.”

Back home in western Ukraine, his relatives are now among the millions facing the impact and consequences of the invasion. Eight time zones away, Kostyantyn is out of harm’s way. But his mind isn’t far from the battle.

“The war has been started and I can’t go back right now,” he says. “I don’t feel secure because I’m here in the U.S. for getting my degree, and after the war started my home is fighting right now, so it’s like kind of tough.”

On the day the war started, his coach took him to breakfast. Christian Brothers president David Archer called him. Texts of support flooded in.

“This is how it is for me, the American response, from my view,” he says. “I am the only Ukrainian in this university and they paid so much attention to me, and we can see America right now help also my country.”

Kostya, as he is known on the field, looks more like a skateboarder than an attacking midfielder. He’s slender, five feet seven, with flowing brown hair.

After a recent winning match, he invited us to speak with his teammates.

“Which accent do you want?” he jokes, acknowledging the international makeup of the soccer team.

He calls over Lucas Drummond, a Brazilian. He and Kostya first bonded over being far from home.

“As soon as I saw the news, the first thing I did was text him because he’s a good friend of mine,” Drummond said. “I can’t even imagine what he is going through right now. I don’t even know how he is playing soccer to be honest, with all the stuff in his head. But I love this kid. He helped me a lot, and I’m just trying to be around him as much as I can.”

Soccer coach Enda Crehan, who is from Ireland, said the outpouring of support for Kostya has grown far beyond the university’s community of foreign students.

“That’s the kind of beauty of college athletics and the culture that we have here,” Crehan says. “Credit to the school, the university, president of the school, athletic director, everybody’s been — literally everybody, board members — everybody’s been reaching out to find out how he is, what they can do…”

Kostya has kept in touch with his family. His mother and some relatives have escaped to Poland, but his father and uncle remain in Ukraine. Until there is some resolution back home, Kostya says soccer gives him a brief escape from worry. His favorite part of the game, he says, is rising to a challenge.

“I enjoy when I play versus the strongest opponent and when you see that you are actually better than them,” he says.

And as the world watches, that underdog spirit may soon come to define what it means to be Ukrainian. 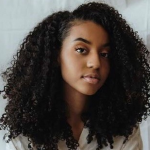 Alana Canady is a senior majoring in Film & Video Production. She was born and raised in Memphis, where she attended Middle College High School before transferring to Memphis Virtual School, where she graduated second in her class.