Robert Colbert often rides the public bike trails along the Wolf River, an exhilarating course he travels with friends for health and pleasure.

But his enjoyment turned foul one day last fall as he and others approached a spot on public land behind the long-closed Shelby County landfill south of Shelby Farms along Walnut Grove. A smell that can only be described as death filled their noses.

“I honestly thought we were going to find a dead body,” Colbert said.

As he and his friends fanned out across a field, they found the bodies of about eight horses — some decapitated — and a cow decomposing beneath the November sky near the re-sodded, flat-top mound of the old county landfill that was capped a quarter century ago.

Months after Colbert first reported the grisly discovery to county officials, a scattering of bones and carcasses still remain even after authorities cleaned up and secured the site. Investigators have little idea who is responsible.

Shelby County Public Information Officer Candice Grose told The Institute for Public Service Reporting in January the matter had been referred to the Sheriff’s Office. Yet Sheriff’s detective Spencer Douglas said the department opened an investigation only after receiving a call from a reporter.

Andy Tweed, a game warden with a Tennessee Wildlife Resource Agency, said his agency hadn’t been notified of the illegal dumping either. But Tweed, who arrested two Sheriff’s deputies in 2007 for poaching in the same immediate area, offered some theories about what might be happening.

“I’ve been here almost 30 years,’’ said Tweed, who toured the site with a reporter and found a collection of dog and deer bones there and at nearby dump sites less than a half-mile away.

“It seems like under every bridge, under every little clandestine area that you can get to, there’s always dumped deer. And what happens is that you have people that live in apartment complexes or duplexes, things of that nature. They might be able to sneak in and get their deer, but they have no way to dispose of it. So, they take the damn things and throw them out.”

But the dumping of the horse and cow carcasses is more puzzling.

“We’ve seen some cases where horses have been starved,” said equine veterinarian Jennifer Dunlap. “We’ll see boarding cases where people get [in] over their heads and have way too many animals and can no longer care for them. We definitely see dump sites where people have dumped animals, unfortunately.”

The dumpsite Colbert and his friends first came across is found near the so-called Blue Trail, winding through the Lucius Burch State Natural Area, about a 10-minute hike from the Walnut Grove overpass.

A sharp pivot north through the woods takes one to the foot of the old landfill.

As the group continued to explore the area, situated on county-owned land, they began to find more and more dead animals, mainly deer.

“We came upon all of these dead carcasses. There were probably 25, maybe 30 deer and horse carcasses. And these were complete. They were not decomposed beyond recognition,” Colbert said.

In addition to alerting authorities, Colbert reached out to News Channel 3 WREG-TV, which  opens in a new windowaired a story on Dec. 1, 2020.

A WREG news crew filmed as Shelby County workers began to remove the carcasses from the field with a backhoe and four dump trucks. Body after body was removed from the site and placed in the back of the trucks. Simultaneously, Colbert said he watched workers begin the task of lining the edge of the landfill with new ‘No Trespassing’ signs.

Colbert returned to the area recently with a reporter.

“There were 15 people working. Putting up all of these new signs,” Colbert said as he pointed to the “No Trespassing” signs that now line the area.

“You see, none of these signs were here [before],” he said. “Violators, warnings. None of that. They were all putting those up, and there was a truck down there with the hood raised, and it was filled with carcasses. They had a truck with a scoop bucket, and it was picking up the carcasses.”

Colbert said that the deer carcasses were spread out across the old landfill’s flatter areas, where there are gravel roads that give county workers access to the methane observation stations that dot the landfill. The horses, and one cow, were tossed down a slope that leads to the tree line behind the Shelby Farms BMX track.

Colbert said he returned later that night to see how well the county had cleaned up the area. There he said he found the dump truck with the raised hood, still filled with animal carcasses. A pool of black oil oozed beneath it onto the gravel parking area of the maintenance buildings.

While the county has cleaned up, Colbert still has questions: Who was responsible? How did this happen?

“This is the center of Memphis, this park,” Colbert said. “They just spent millions of dollars fixing it up. It’s beautiful, and people use it. I just want somebody to answer for it. And I’m afraid that they’re not.”

Grose, the county public information officer, said, “Surveillance has been increased to deter illegal activities and identify people engaging in such activities” and that “Signage designating the area as restricted has been posted on the perimeter of the landfill.”

Sheriff’s detective Douglas said the county put up cameras at his request.

“What they [Shelby County] advised is that they have no evidence that one of their employees was dumping any of the animals over there,” Douglas said. “But they have put up some new signs and they put up new video cameras for me in case someone else goes over to the property to dump anymore remains.”

While walking near the old landfill, Tweed, the game warden, described the animal dumpsite as sloppy. He said whoever committed the act was lazy and likely drove a truck to the location. He also said the perpetrators likely weren’t poachers.

According to Tweed, poachers try to cover their tracks as much as possible by cleaning up shell casings and destroying as much evidence as possible before leaving an illegal hunting spot. He said whoever dumped the remains probably killed the animals at another site.

In 2007, Tweed investigated the same location for poachers. Records show then-sheriff’s deputy Thomas Braswell was charged that year with shooting across a highway and hunting big game out of season after photos surfaced of the him posing with illegal kills from a 2006 hunting trip at Shelby Farms.

Braswell and a second deputy allegedly used a patrol vehicle to “headlight” deer. Available records don’t reflect the outcome of the state misdemeanor charges. But Braswell also was charged that year in federal court with felony charges of taking a $500 bribe and unlawfully seizing a man’s Rolex watch. He pleaded guilty and received three years’ probation.

While Tweed offered theories about how the recent deer carcasses appeared at the site, he expressed confusion over the dead horses and the decapitation of some of them. He said this case is unlike any illegal dumping case he’s seen.

Jill Haag, the executive director of  opens in a new windowSouthern Reins, a center that focuses on equine therapy for horses with disabilities and hardships, offered suggestions on how to identify the perpetrator.

“For horses, in particular, you recognize a horse by its face,” Haag said. “Especially on its face and on its head. So, if it has a star on its neck or a line above an eye, someone may be able to identify that horse or where it came from. So, I wonder why, if that’s why some of the heads were messed with?”

The “Mid-South Horse Review,” one of Tennessee’s largest horse magazines, also took to social media to ask the public for help in identifying the horses.

To date, no one has come forward to assist the Sherriff’s Department in their investigation.

“Right now, it’s kind of a dead end,” Douglas said. “There’s nothing tying anyone to the dumping of animals there. And then nobody actually saw the dead animals being dumped, you know. It was just after the fact, after they had already been there.”

This story first appeared at www.dailymemphian.com under exclusive use agreement with The Institute. Photos reprinted with permission of The Daily Memphian. 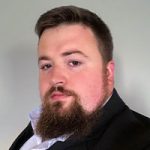