A lawsuit filed in federal court seeks access to the Tennessee Valley Authority’s salary data for its four regional vice presidents, including Mark Yates of Memphis.

“TVA has not identified how disclosure of each of the records or portions thereof … would foreseeably harm an interest protected by a FOIA exemption and/or why disclosure is prohibited by law,’’ says  opens in a new windowthe suit filed Wednesday, Sept. 7, in U.S. District Court in Knoxville.

The lawsuit was filed by the Reporters Committee for Freedom of the Press on behalf of journalist Marc Perrusquia, director of the  opens in a new windowInstitute for Public Service Reporting, an investigative news organization on the campus of the University of Memphis. The Institute is a content partner of The Daily Memphian.

Reporters Committee attorney Paul R. McAdoo said the public has a right to know how much TVA is paying its vice presidents.

“Information about government employee compensation is one of the most basic types of information available to the public under FOIA,’’ McAdoo said in an emailed statement. “The TVA is no exception, and should be required to produce the requested compensation records for its four regional Vice Presidents.”

The Reporters Committee is a Washington-based nonprofit that promotes open government and pursues freedom-of-information litigation on behalf of news organizations.

TVA spokesman Scott Brooks said Wednesday afternoon he hadn’t seen a copy of the lawsuit. “Thanks for the opportunity, but at this point TVA has not been served with the document, so it would be inappropriate for us to comment until we have had a chance to review it formally,” Brooks said.

Perrusquia first filed a FOIA request with TVA in January asking to see the salary and total compensation of the four regional vice presidents. The agency denied the request in writing a month later, saying the records were not subject to FOIA. It cited a more than 40-year-old Supreme Court decision that exempts information that could be considered “trade secrets, or other confidential research, development or commercial information.” TVA claims the salary information would handicap it while competing with other utilities trying to hire executives.

The complaint says Perrusquia appealed the decision via email a day after his request was denied. Less than 30 days later, TVA denied that request too.

The original request stems from TVA’s hiring of Yates in a newly created role as a regional vice president based in Memphis.

A longtime Memphis businessman and political operative, Yates joined the utility after months of debate on whether Memphis Light, Gas and Water should replace TVA as its exclusive source of electricity.

After he was hired, some thought his role might pose a conflict of interest since his wife, Veronica, was listed as a business partner with Carlee McCullough, then one of five members of MLGW’s board of commissioners. McCullough, a local attorney, and Veronica Yates were listed as proprietors of Mahogany Memphis, a popular Midtown eatery.

McCullough has since left the MLGW board.

MLGW’s chief executive, J.T. Young, recommended earlier this month that the utility pursue a new 20-year agreement with TVA. The City of Memphis says it is now “taking a deeper dive” into the recommendation before a final decision is made.

Some critics of the deal claim TVA’s extravagant spending and generous salaries lead to higher electricity bills for Memphians despite the utility’s success at cutting costs.

TVA releases salary information for its CEO and a few other key executives in its annual report.

It appears the last time it released salaries for all of its employees was in 2012. That year, the Chattanooga Times-Free Press asked for the information through an FOIA request and published every salary — some 12,000 of them — on its website.

“We received hundreds of complaints,’’ the paper’s editor, Alison Gerber, said in a recent interview. She says TVA employees also hurled multiple insults and personal attacks at the newspaper contending their privacy had been violated.

In addition to filing a FOIA request for the four regional vice president’s salaries, Perrusquia also filed a request for all TVA salaries in April. The federal utility’s FOIA officer, Denise Smith, said in a written denial, “… There is no justification for intruding on the privacy of the thousands of TVA employees whose compensation you have requested.’’

TVA reported to the Securities and Exchange Commission in its annual report last year that a median employee’s compensation was $139,953 a year. Senior-level executive vice presidents made as much as $4.6 million. The latest filing with the SEC says TVA paid six senior-level employees anywhere from $1.5 million to $9.9 million. 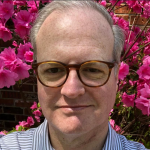 Scott is an intern for the Institute for Public Service Reporting at the University of Memphis and a graduate student in the Department of Journalism and Strategic Media. A native Memphian, he’s worked over three decades as a news manager at television stations across the country.